301 And Hezekiah sent to all Israel and Judah, and wrote letters also to Ephraim and Manasseh, that they should come to the house of the LORD at Jerusalem, to keep the passover unto the LORD God of Israel. 2 For the king had taken counsel, and his princes, and all the congregation in Jerusalem, to keep the passover in the second month. 3 For they could not keep it at that time, because the priests had not sanctified themselves sufficiently, neither had the people gathered themselves together to Jerusalem. 4 And the thing pleased the king and all the congregation. 5 So they established a decree to make proclamation throughout all Israel, from Beersheba even to Dan, that they should come to keep the passover unto the LORD God of Israel at Jerusalem: for they had not done it of a long time in such sort as it was written. 6 So the posts went with the letters from the king and his princes throughout all Israel and Judah, and according to the commandment of the king, saying, Ye children of Israel, turn again unto the LORD God of Abraham, Isaac, and Israel, and he will return to the remnant of you, that are escaped out of the hand of the kings of Assyria. 7 And be not ye like your fathers, and like your brethren, which trespassed against the LORD God of their fathers, who therefore gave them up to desolation, as ye see. 8 Now be ye not stiffnecked, as your fathers were, but yield yourselves unto the LORD, and enter into his sanctuary, which he hath sanctified for ever: and serve the LORD your God, that the fierceness of his wrath may turn away from you. 9 For if ye turn again unto the LORD, your brethren and your children shall find compassion before them that lead them captive, so that they shall come again into this land: for the LORD your God is gracious and merciful, and will not turn away his face from you, if ye return unto him. 10 So the posts passed from city to city through the country of Ephraim and Manasseh even unto Zebulun: but they laughed them to scorn, and mocked them. 11 Nevertheless divers of Asher and Manasseh and of Zebulun humbled themselves, and came to Jerusalem. 12 Also in Judah the hand of God was to give them one heart to do the commandment of the king and of the princes, by the word of the LORD. 13 And there assembled at Jerusalem much people to keep the feast of unleavened bread in the second month, a very great congregation. 14 And they arose and took away the altars that were in Jerusalem, and all the altars for incense took they away, and cast them into the brook Kidron. 15 Then they killed the passover on the fourteenth day of the second month: and the priests and the Levites were ashamed, and sanctified themselves, and brought in the burnt offerings into the house of the LORD. 16 And they stood in their place after their manner, according to the law of Moses the man of God: the priests sprinkled the blood, which they received of the hand of the Levites. 17 For there were many in the congregation that were not sanctified: therefore the Levites had the charge of the killing of the passovers for every one that was not clean, to sanctify them unto the LORD. 18 For a multitude of the people, even many of Ephraim, and Manasseh, Issachar, and Zebulun, had not cleansed themselves, yet did they eat the passover otherwise than it was written. But Hezekiah prayed for them, saying, The good LORD pardon every one 19 That prepareth his heart to seek God, the LORD God of his fathers, though he be not cleansed according to the purification of the sanctuary. 20 And the LORD hearkened to Hezekiah, and healed the people. 21 And the children of Israel that were present at Jerusalem kept the feast of unleavened bread seven days with great gladness: and the Levites and the priests praised the LORD day by day, singing with loud instruments unto the LORD. 22 And Hezekiah spake comfortably unto all the Levites that taught the good knowledge of the LORD: and they did eat throughout the feast seven days, offering peace offerings, and making confession to the LORD God of their fathers. 23 And the whole assembly took counsel to keep other seven days: and they kept other seven days with gladness. 24 For Hezekiah king of Judah did give to the congregation a thousand bullocks and seven thousand sheep; and the princes gave to the congregation a thousand bullocks and ten thousand sheep: and a great number of priests sanctified themselves. 25 And all the congregation of Judah, with the priests and the Levites, and all the congregation that came out of Israel, and the strangers that came out of the land of Israel, and that dwelt in Judah, rejoiced. 26 So there was great joy in Jerusalem: for since the time of Solomon the son of David king of Israel there was not the like in Jerusalem. 27 Then the priests the Levites arose and blessed the people: and their voice was heard, and their prayer came up to his holy dwelling place, even unto heaven.

311 Now when all this was finished, all Israel that were present went out to the cities of Judah, and brake the images in pieces, and cut down the groves, and threw down the high places and the altars out of all Judah and Benjamin, in Ephraim also and Manasseh, until they had utterly destroyed them all. Then all the children of Israel returned, every man to his possession, into their own cities. 2 And Hezekiah appointed the courses of the priests and the Levites after their courses, every man according to his service, the priests and Levites for burnt offerings and for peace offerings, to minister, and to give thanks, and to praise in the gates of the tents of the LORD. 3 He appointed also the king's portion of his substance for the burnt offerings, to wit, for the morning and evening burnt offerings, and the burnt offerings for the sabbaths, and for the new moons, and for the set feasts, as it is written in the law of the LORD. 4 Moreover he commanded the people that dwelt in Jerusalem to give the portion of the priests and the Levites, that they might be encouraged in the law of the LORD. 5 And as soon as the commandment came abroad, the children of Israel brought in abundance the firstfruits of corn, wine, and oil, and honey, and of all the increase of the field; and the tithe of all things brought they in abundantly. 6 And concerning the children of Israel and Judah, that dwelt in the cities of Judah, they also brought in the tithe of oxen and sheep, and the tithe of holy things which were consecrated unto the LORD their God, and laid them by heaps. 7 In the third month they began to lay the foundation of the heaps, and finished them in the seventh month. 8 And when Hezekiah and the princes came and saw the heaps, they blessed the LORD, and his people Israel. 9 Then Hezekiah questioned with the priests and the Levites concerning the heaps. 10 And Azariah the chief priest of the house of Zadok answered him, and said, Since the people began to bring the offerings into the house of the LORD, we have had enough to eat, and have left plenty: for the LORD hath blessed his people; and that which is left is this great store. 11 Then Hezekiah commanded to prepare chambers in the house of the LORD; and they prepared them, 12 And brought in the offerings and the tithes and the dedicated things faithfully: over which Cononiah the Levite was ruler, and Shimei his brother was the next. 13 And Jehiel, and Azaziah, and Nahath, and Asahel, and Jerimoth, and Jozabad, and Eliel, and Ismachiah, and Mahath, and Benaiah, were overseers under the hand of Cononiah and Shimei his brother, at the commandment of Hezekiah the king, and Azariah the ruler of the house of God. 14 And Kore the son of Imnah the Levite, the porter toward the east, was over the freewill offerings of God, to distribute the oblations of the LORD, and the most holy things. 15 And next him were Eden, and Miniamin, and Jeshua, and Shemaiah, Amariah, and Shecaniah, in the cities of the priests, in their set office, to give to their brethren by courses, as well to the great as to the small: 16 Beside their genealogy of males, from three years old and upward, even unto every one that entereth into the house of the LORD, his daily portion for their service in their charges according to their courses; 17 Both to the genealogy of the priests by the house of their fathers, and the Levites from twenty years old and upward, in their charges by their courses; 18 And to the genealogy of all their little ones, their wives, and their sons, and their daughters, through all the congregation: for in their set office they sanctified themselves in holiness: 19 Also of the sons of Aaron the priests, which were in the fields of the suburbs of their cities, in every several city, the men that were expressed by name, to give portions to all the males among the priests, and to all that were reckoned by genealogies among the Levites. 20 And thus did Hezekiah throughout all Judah, and wrought that which was good and right and truth before the LORD his God. 21 And in every work that he began in the service of the house of God, and in the law, and in the commandments, to seek his God, he did it with all his heart, and prospered.

How to Find Us 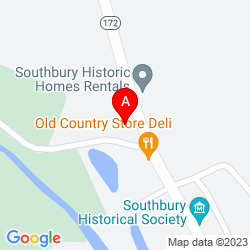 "To be a dynamic, welcoming, and caring community of Christian faith by weaving the thread of Christ into the tapestry of our lives."